The 2019 St. Patrick’s Day Parade will be led by Tomás Trenor Puig – the fourth Marquis del Turia. Tomás’s great-great-great-grandfather was Thomas Trenor Keating (1798-1858) who emigrated to Spain from Limerick, Ireland, and settled down in Valencia in the 1820s. Thomas Trenor Keating’s grandson was Tomás Trénor Palavicino, who was granted the title of Marquis del Turia by King Alfonso XIII for the promotion and execution of the Regional Exhibition held in Valencia in 1909.

Tomás Trenor Puig is very proud of his Irish roots and is looking forward to celebrating Ireland’s national day. “This is a great honour and I’m delighted”, he said. “I’m really looking forward to being with the Irish family and friends on St. Patrick’s Day.”

The St. Patrick’s Day Parade is a tradition in many countries all over the world. The world’s oldest and largest civic parade takes place in New York City, which this year is having a St. Patrick’s Day parade for the 258th year. The New York parade has 250,000 marchers and over 2 million spectators. Although we don’t think we will reach those numbers in Valencia just yet, we are hoping for a great crowd at Tinglado 2 on March 17th to celebrate Ireland’s national day. 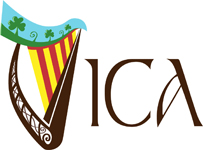